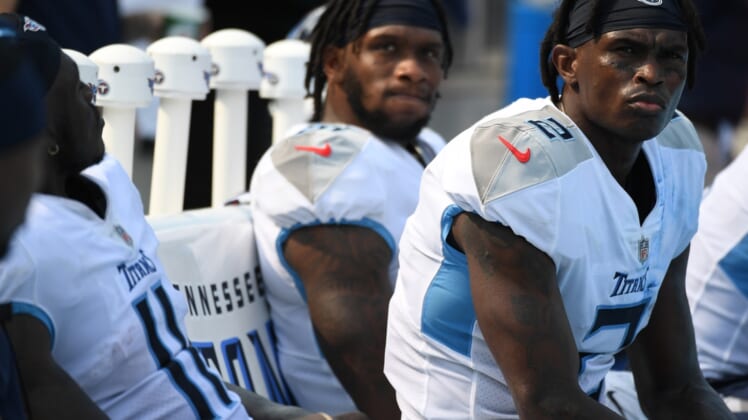 The honeymoon is over for Julio Jones in Tennessee.

The seven-time Pro Bowl wide receiver got called out by Titans coach Mike Vrabel on Monday for a “dumb s—” penalty Jones incurred Sunday during the Titans’ 38-13 loss to Arizona.

Jones got hit with a 15-yard penalty for unnecessary roughness in the first quarter that turned a third-and-1 into a third-and-16 for the Titans.

“That’s absolutely nothing we coach or teach. So that would fall under the category of doing dumb s— that hurts the team. Right there in bold letters,” Vrabel said Monday.

Jones was flagged for shoving a Cardinals player at the end of a run by Derrick Henry.

Jones caught three passes for 29 yards on six targets in his Titans’ debut.

The Titans play at Seattle in Week 2.