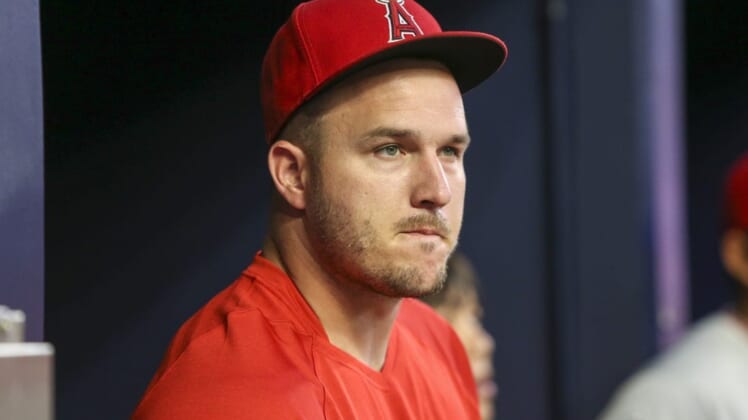 Three-time Most Valuable Player Mike Trout has been diagnosed with a rare back condition that will likely affect him for the rest of his playing career.

Los Angeles Angels head trainer Mike Frostad said Wednesday that the 10-time All-Star has been diagnosed with a costovertebral dysfunction at his T5 vertebrae.

“This is a pretty rare condition that he has right now in his back,” said Frostad, adding that Trout’s doctor, world-renowned Dr. Robert Watkins III, hasn’t seen a lot of cases.

“There’s so many things that can aggravate it. But this doctor hasn’t seen a lot of it,” Frostad said.

The club placed Trout on the injured list July 18 with what they thought was ribcage inflammation. Trout pulled out of the All-Star Game and had a cortisone shot last week. Though Trout is feeling some relief from the shot, it’ll be at least another week before he resumes baseball activities, Frostad said.

The team, however, has not broached the subject of shutting down Trout for the rest of the season, Frostad said.

Trout, 30, is batting .270 this season with 24 home runs and 51 RBIs in what had been a bounce-back season for him, health-wise. The 12-year veteran participated in just 36 games last season due to a calf injury but has appeared in 79 this year.

Trout has a follow-up visit with Watkins next week.