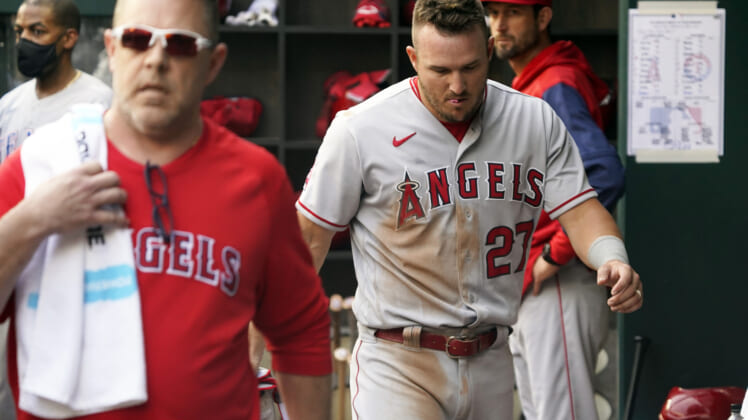 Los Angeles Angels star outfielder Mike Trout missed a vast majority of last season with a calf injury. It led to further struggles for an Angels team that has not earned a spot in the playoffs since all the way back in 2014.

Unfortunately, there’s now a chance that the three-time American League MVP could be headed for an absence.

Taking on the Texas Rangers Sunday afternoon, Trout was hit on the hand on full-count pitch from relief pitcher Spencer Patton in the top of the fifth.

As you can see, Mike Trout was in a tremendous amont of pain. He immeditely grabbed for his left hand before being removed from the game altogether.

No baseball fan wants to see something like this happen to the face of the sport. He is MLB’s version of LeBron James and Patrick Mahomes. That’s not hyperbole. 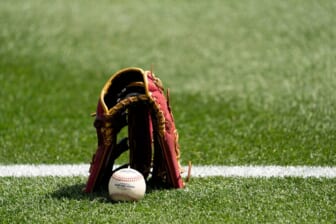 Those are generational type numbers for Mr. Trout. Unfortunately, injuries have been all-too common for the game’s best player. He missed 126 games to the aforementioned calf injury last season. Trout, 30, has not played as much as 150 games in a season since all the way back in 2016.

We’ll have further updates on this story as they become available. For now, it does seem like the Angels dodged a bullet.