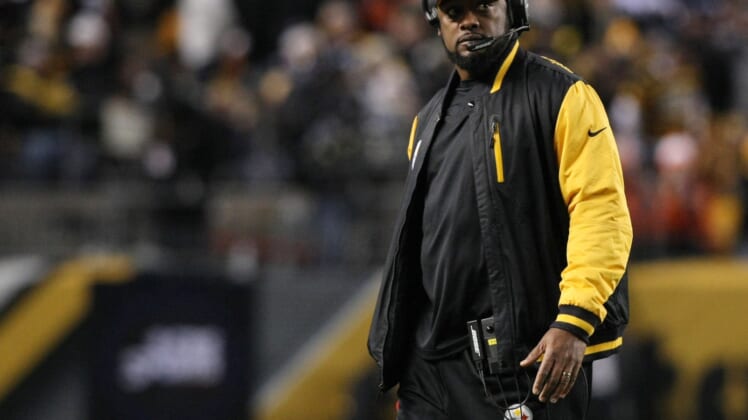 A Week 14 victory over the Buffalo Bills was significant for Mike Tomlin and the Pittsburgh Steelers beyond its impact on the playoff race.

The win was the 100th in the coaching career of Tomlin, who’s spent his entire head coaching career with the Steelers. Tomlin joined Chuck Noll and Bill Cowher as members of Pittsburgh’s 100-win club. No other franchise has that many coaches with triple digit wins.

This speaks to the tremendous stability of the Pittsburgh organization.

Noll, Cowher, and Tomlin are not only the winningest coaches in Steelers’ history. They are also the last three coaches in franchise history.

Noll was hired in 1969 and remained as Pittsburgh’s head coach through 1991. Cowher took over in 1992 and occupied the job through 2006. Tomlin became the Steelers’ coach in 2007 and has held the job ever since.

It’s not a coincidence that all three coaches have won at least one Super Bowl. Only the Green Bay Packers sport that many Super Bowl winning coaches.