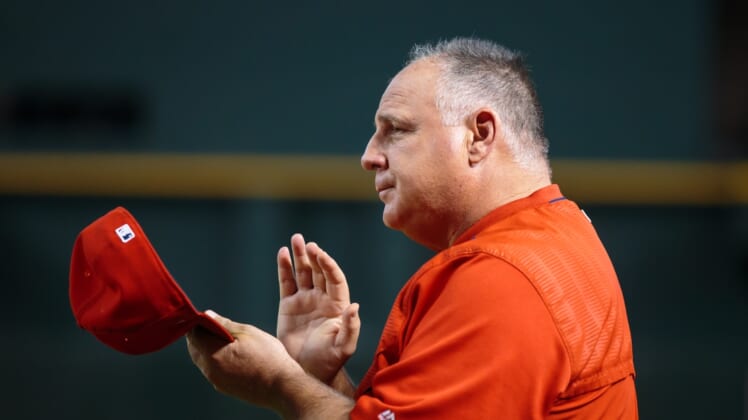 “The value experience brings to a team cannot be overstated and we have assembled a coaching staff laden with it,” Scioscia said in a news release. “Olympic qualifying is unique, so to have … coaches on staff who have been through this process before in Ernie, Jerry and Roly is invaluable. With that said, the entire coaching staff collectively brings over 100 years of coaching practice to the table and I am thrilled to work with them as we set our sights on the Tokyo Olympic Games.”

Team USA will compete at the World Baseball Softball Confederation (WBSC) Baseball Americas Qualifier in Florida from May 31-June 5. The Americans are in Group A, along with the Dominican Republic, Puerto Rico and Nicaragua. Group B features Canada, Colombia, Cuba and Venezuela.

The top two teams from each pool advance to the super round, where the team with the best overall record will earn a bid to the Tokyo Summer Games. The second- and third-place finishers will qualify for the WBSC Baseball Final Qualifier which is set to take place in June.

Baseball is making its return to the Olympics this year. It hasn’t been an Olympic sport since the 2008 Beijing Games. Team USA won the bronze medal that year.