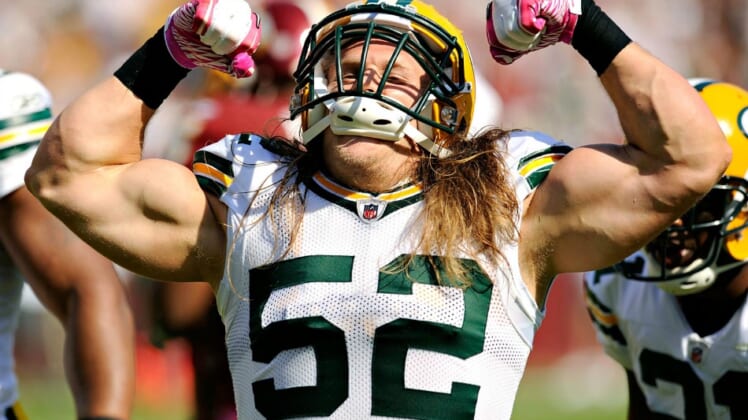 Mike McCarthy wants what we all want concerning Clay Matthews, which is to see the superstar linebacker back on the edge as much as possible for the 2016 campaign.

Unless, of course, you’re an NFL offensive lineman.

When asked about how he wants to use Matthews for next season, McCarthy made it clear the edge is where the linebacker needs to live:

“My goal with Clay is to play outside linebacker,” McCarthy said, via Weston Hodkiewicz of packersnews.com. “I think it shows the type of player Clay is to go inside and play as much as he did really full time there. The matchup part of it was really always my goal. There’s things he does at that position that he’ll continue to do. He’s an outside linebacker and we need to get back to him playing there and just playing inside when needed.”

Before team needs forced Matthews inside the past couple of seasons, he made a name for himself as one of the league’s most effective pass-rushers. In his first five seasons as a pro, the USC product racked up 50 sacks playing almost exclusively as an outside linebacker in Dom Capers’ defense.

Last year he moved inside during the season when injuries at the inside linebacker position forced McCarthy’s hand. He still managed 17.5 sacks the past two seasons but the Packers desperately missed his consistent presence off the edge.

If the Packers can bring someone in this offseason to step up at inside linebacker next to Jake Ryan, then perhaps this will allow McCarthy to finally let Matthews get back to being a wrecking ball on the outside.

Green Bay’s defense is at its best when this is the case. Now it’s time to make it happen.

Another thing of note to report is that McCarthy said he’ll be calling plays on offense next year after a failed experiment this past season.