Release: Mike McCarthy will not coach in Pro Bowl 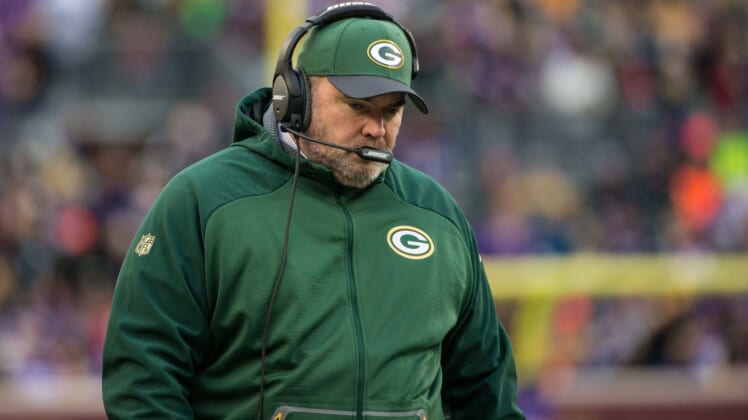 The annual rejection of Pro Bowl invitations is a multi-week affair, and the list of names not heading to the glorified exhibition in 2016 has extended to Green Bay Packers head coach Mike McCarthy.

Per a team release, team doctors have advised McCarthy to not travel due to a stomach illness. Associate head coach Winston Moss will assume McCarthy’s responsibilities in Hawaii.

Now, this is by no means a suggestion that the Packers are manipulating the system to keep McCarthy from traveling. If he’s sick enough to stay home — and we are in no position to say otherwise — well, McCarthy probably shouldn’t hop onto a 10-hour flight.

Regardless, it’s a humorous that even a coach isn’t headed to Honolulu.

The Pro Bowl has basically become a joke of an all-star game — not because the players aren’t good, but because the best ones often reject the trip.

It makes perfect sense that players from the two Super Bowl teams back out. The potential of missed practice time and unnecessary fatigue is senseless. Truly injured players declining the Pro Bowl nod are also reasonable, such as Ben Roethlisberger (shoulder) and Muhammad Wilkerson (broken leg).

And, yes, there are other reasons. NFL players don’t owe us anything. Without our financial support of buying tickets, apparel and other merchandise as well as tuning in every Sunday for 22 weeks, they wouldn’t be millionaires. But that isn’t actually a convincing argument.

However, it’s annoying to watch players who seemed to be healthy during the season back out.

Again, we don’t know if they’re injured, but having Aaron Rodgers (bored*), Tom Brady (bruised ego*) and all six other New England Patriots (annoyed*) decline the honor makes the reward seem like more of a burden.

Life will go on, and the 2016 Pro Bowl doesn’t affect my or your long-term happiness. Still, the majority of NFL fans would appreciate if the stars — not the important role-playing street lights — would shine for one more weekend.