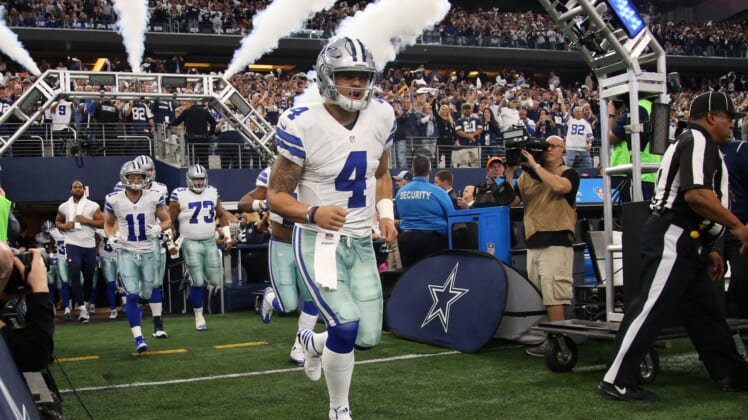 New Dallas Cowboys head coach Mike McCarthy is doing everything he can to shut down the notion that Dak Prescott isn’t the team’s preferred starter.

When asked if Prescott is his franchise quarterback on Wednesday, McCarthy said “absolutely,” per Dianna Russini of ESPN.

The big catch to all this, of course, is that Prescott is set to be a free agent in about half a month. And there’s been some rumors that Amari Cooper could be hit with the franchise tag, which would make things even more complicated when it comes to negotiating a long-term deal with Prescott.

Throw in Stephen Jones saying the Cowboys have had no contract talks with Prescott since last September (!!!), along with the entire NFL waiting to see what will happen with the CBA vote, and you have a sticky situation, indeed.

It’s going to be fascinating to see how this unfolds. Jerry Jones has been known to close deals quickly when he is motivated. But he, and the rest of the league, is waiting to see what the rules will be. Until then, everything is up in the air.