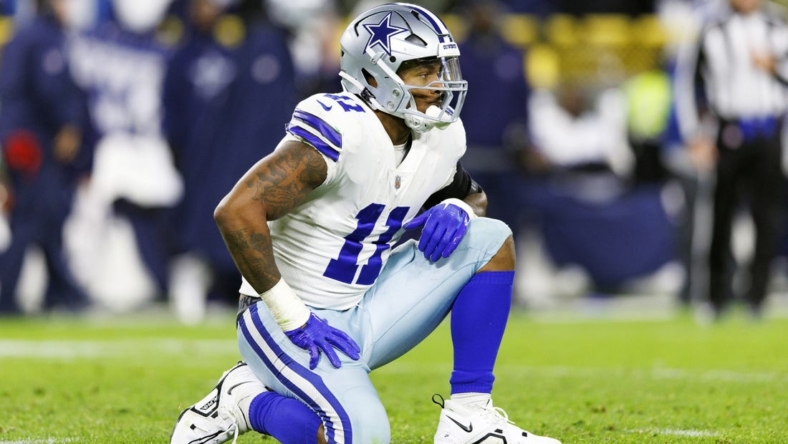 Masks are back in full force in the Dallas Cowboys’ locker room after a second day with multiple players reporting to work sick.

The Cowboys excused multiple players from their walkthrough on Monday due to illness, including defensive linemen Johnathan Hankins, Dante Fowler and Tarell Basham. Cornerback Kelvin Joseph left the game at Minnesota on Sunday with an illness. Punter Brian Anger and nose tackle Quinton Bohanna were listed as questionable entering Week 11 due to illness.

Head coach Mike McCarthy said the team would take precautions to prevent further spread of the non-COVID illness and some players checked into the team facility in Frisco, Texas, in protection masks.

Dallas has a 4:25 p.m. ET kickoff on Thanksgiving Day with the New York Giants.

Cowboys owner Jerry Jones, speaking Tuesday morning to 105.3 FM The Fan in Dallas, said linebacker Micah Parsons (knee, ankle) did not have an MRI exam but plans to be on the field this week. He will be limited during light practices this week.

Jones said left tackle Tyron Smith is not ready to be activated from August surgery but, when he is, the owner declared Smith the left tackle over rookie Tyler Smith.

Tyler Smith moved to left guard late in the Week 11 win to get in-game reps at the position.