Dallas Cowboys head coach Mike McCarthy is squarely on the hot seat this year, facing pressure to turn a talented team into a Super Bowl contender. For that to have any shot at happening, he’s going to see a lot more from one of the most important position battles in training camp.

Dallas parted ways with Greg Zuerlein in camp following a disappointing 2021 season from the veteran kicker. Jerry Jones even blamed Zuerlein’s struggles for impacting the Cowboys’ game plan, ensuring that a new kicker would take the field in 2022.

Dallas waited until the summer to find Zuerlein’s potential replacements. It signed Lirim Hajrullahu, a 32-year-old kicking legend of the Canadian Football League, bringing him back after a one-game audition last year. He joined undrafted rookie Jonathan Garibay to compete for the job.

While it’s just a few days into training camp, the competition has been one of the concerning takeaways from practice thus far. Both kickers struggled with the wind on Tuesday and it’s been a theme for each of them during the summer.

Speaking to reporters on Wednesday, McCarthy made it clear that both Hajrullahu and Garibay are walking on thin ice. This is a competition for a single job in the NFL and if neither kicker is good enough, they won’t have any rope to save them.

Hajrullahu had the worst practice of the two. He converted just 3-of-8 attempts, with four consecutive whiffs from 43, 48 (twice) and 52 yards) on Tuesday. Garibay was better (6-of-8), but a 75% conversion rate and missing on his final kicks ended the practice on a bad note. 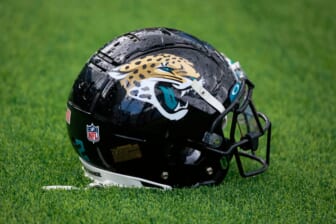 Jones expressed confidence in the Cowboys’ kickers on Monday after a rough practice. However, Hajrullahu and Garibay failed to correct their mistakes the next day and did the one thing the Cowboys’ owner doesn’t want on his roster.

“I was kidding somebody, I just want to see them make extra points and kicks from the 20 and the 30. We’ll worry about that far out stuff later, I just don’t want to head into the year missing extra points and short field goals.”

There are a few kickers available in NFL free agency, including veterans Michael Badgley and Sam Ficken. It’s very possible someone is brought in, but Dallas might also monitor reports from other teams and scoop up a kicker later this summer.