All the horrible moves that got Mike Maccagnan fired 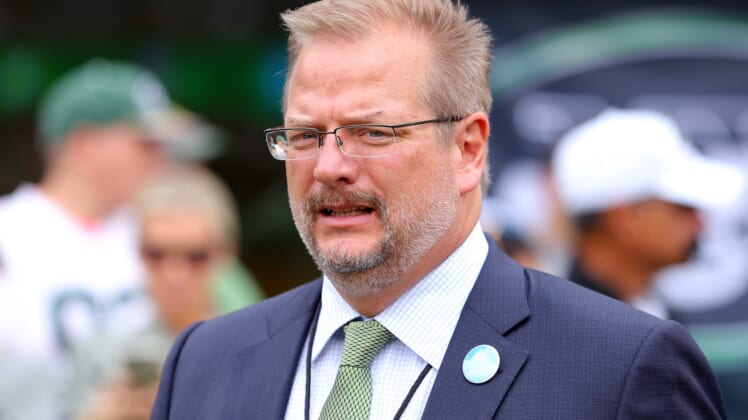 The New York Jets turned heads around the NFL on Wednesday when they fired general manager Mike Maccagnan.

The move was baffling because of the timing. Maccagnan was allowed to run the team’s draft (where the Jets had the No. 3 overall pick) and handle the biggest part of free agency (including signing Le’Veon Bell), but couldn’t keep his job into the regular season.

The big picture: Looking at the results alone, defending the move is a little easier. In four years with Maccagnan as GM, the Jets went 24-40 (going 14-34 over the final three seasons). Naturally, they didn’t make the playoffs once. When we look back at the moves made under Maccagnan’s watch, it’s not hard to see why it all went so wrong.

Maccagnan’s first year: While things ended up going poorly for the Jets under Maccagnan’s watch, they didn’t start so bad.

So, we know that the end result was poor. But the question is, what caused the poor results?

For that, we need to look at Maccagnan’s drafts.

The draft is where teams are built: From that perspective, Maccagnan fell well short.

Now, the draft isn’t the only way to acquire players.

Free agency and trades: The results here aren’t pretty. Far from it.

On top of that, new head coach Adam Gase was reportedly not on board whatsoever with the team spending big on running back Le’Veon Bell.

Final word: Maccagnan’s run in New York can get some vindication if the 2018 and 2019 moves pan out well. But thus far, Maccagnan’s draft picks and signings have landed the Jets very little in terms of foundational players. That explains the record.

The timing of Maccagnan’s firing will never make sense. But from a pure results standpoint, we can’t question it.