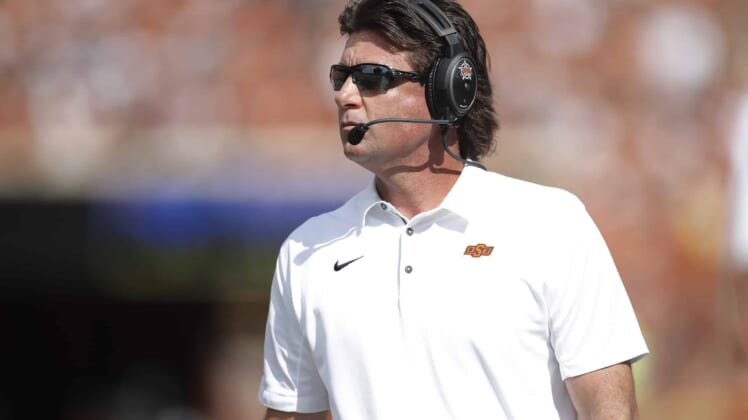 Oklahoma State football coach Mike Gundy put his foot in his mouth earlier this week, and on Saturday he did it again with an apology many fans were disappointed with.

Gundy, in a conference call this week, said that players should come back to school “because they are healthy and have the ability to fight the virus off,” noting the football program needs to “continue because we need to run money through the state of Oklahoma.”

Those comments were not well received. After getting a ton of flack for having said what he said, Gundy issued a statement Saturday that did nothing to quell the anger he was facing.

“I have been made aware that comments from my press conference have offended some,” Gundy said in a statement released by the school (h/t College Football Talk). “It was never my intention to offend anyone and I apologize. My first priority is and will always be the student-athletes and doing what is best for the program and the university.”

To be clear: Gundy did not apologize for saying what he said. Essentially, he’s apologizing for the fact that his words and sentiment were offensive to some, and he’s not taking the comments back whatsoever.

This statement didn’t have its desired effect. Fans and analysts alike ripped him for it, as you’re about to see.