Mike Gundy: Chuba Hubbard ‘is like Secretariat’ in the open field 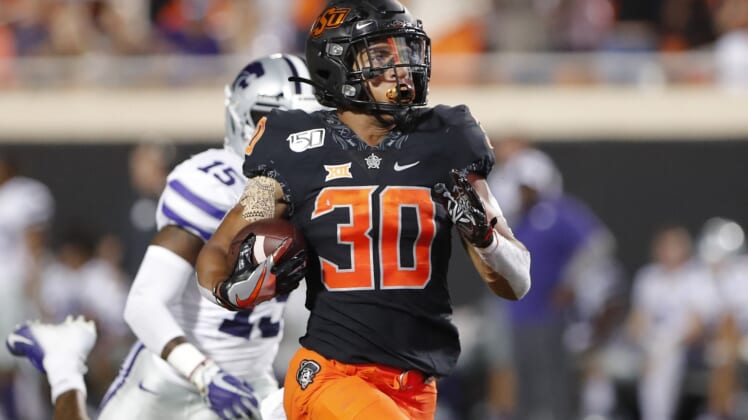 Oklahoma State running back Chuba Hubbard has emerged as one of the best backs in college football this season. After watching the sophomore burn opposing defenses with his speed every week, Cowboys head coach Mike Gundy made a hilarious, but fitting comparison for his star running back’s ability in the open field.

During an appearance on The Jim Rome Show on Thursday, Gundy praised the team’s young running back for his accomplishments this season and compared his running to Secretariat

Of course, Secretariat is the most accomplished and recognized horse in the history of horse racing and his name has been tied to dominance ever since. Just as Secretariat blew away his competition with speed, Hubbard does the same on the football field.

As Rome noted, Hubbard is coming off his seventh game with at least 100-plus rushing yards and two touchdowns. It’s the second-most in Big 12 history and he’s now just one game shy of matching Ricky Williams’ record.

We’ve witnessed that speed in plenty of games this season. From a 92-yard touchdown run against TCU to jaw-dropping performances on a weekly basis, he’s simply an exceptional athlete. Better yet, Gundy raved about his character and it’s clear that Hubbard is a great player on the gridiron and a great person off it.