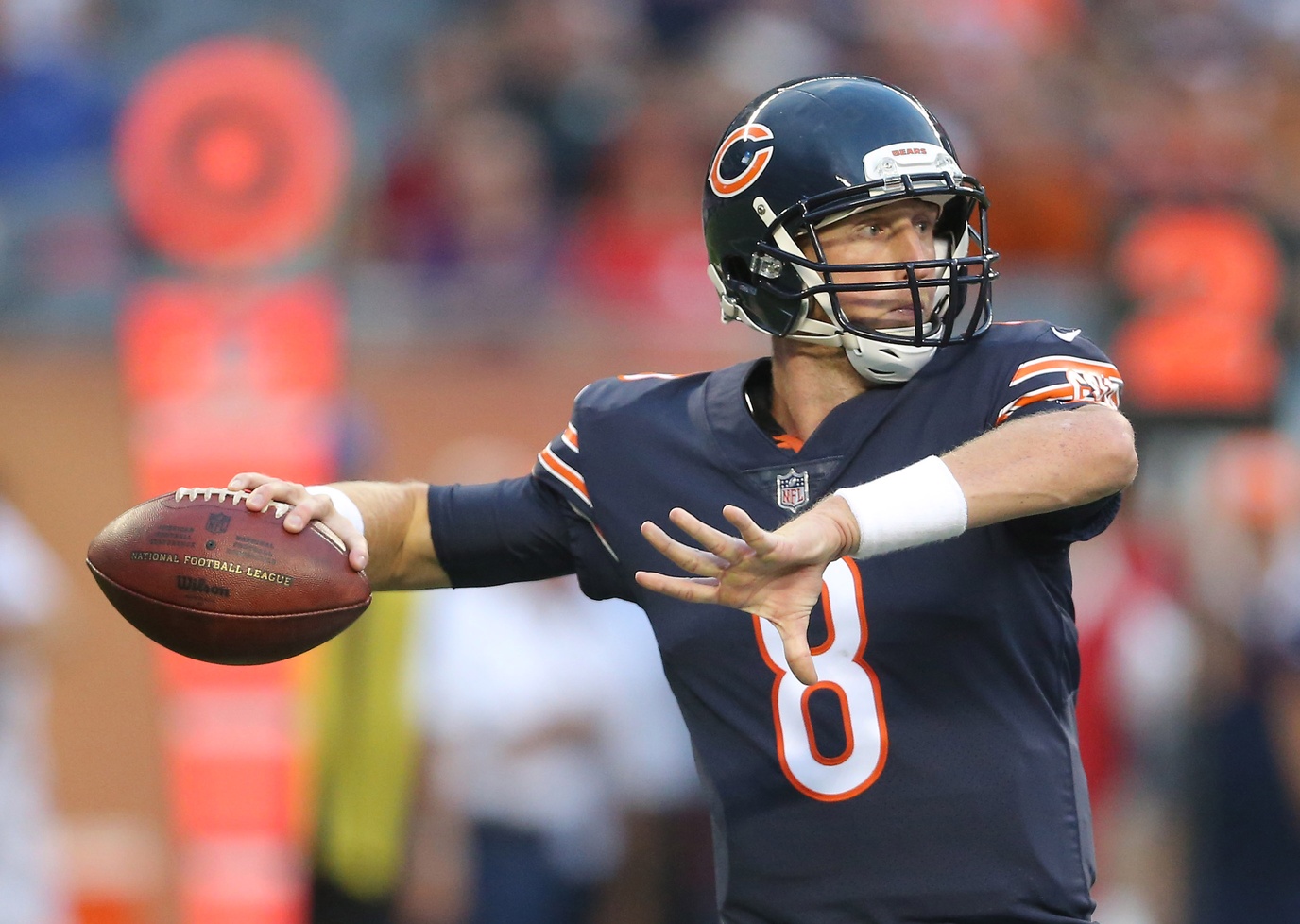 The Chicago Bears have finally made the inevitable switch to Mitch Trubisky at quarterback, but Mike Glennon is saying the right things after getting benched.

According to Larry Mayer of the team’s official site, Glennon acknowledged his disappointment but said he’s moving forward with a new outlook.

“Obviously, not what I wanted. Not what I hoped for. But I still have a role on this team. I’m still a captain of this football team. I’m going to handle it like a pro.”

Glennon, who signed with Chicago as a free agent during the offseason, always seemed to know the reality of the situation after the organization traded up to select Mitch Trubisky in the 2017 NFL draft.

Before the season, Glennon said “this is my year.” Given the team’s ability to shed his expensive contract after the 2017 campaign, the quarterback probably had accepted the likelihood this would happen.

Credit Glennon for his professional reaction to the change, but you certainly cannot fault the Bears for turning to Trubisky.

However, it’s fair to wonder why Chicago didn’t do this sooner.

Glennon tossed five interceptions compared to four touchdowns in four starts, and the NFC North club mustered a 1-3 record. But the season hasn’t gone any differently than expected for the Bears.

We, whether analysts or fans, knew Chicago would have a rough year. Why would the team willingly stall the development of Trubisky when it’s obvious he’s the long-term plan anyway? Perhaps it was pride that the Bears didn’t want to acknowledge a $15 million mistake right away.

Nevertheless, it only took a month for Chicago to accept the reality that it’s more productive to let Trubisky deal with and learn from rookie mistakes instead of drifting in mediocrity with Glennon and an inexperienced backup.