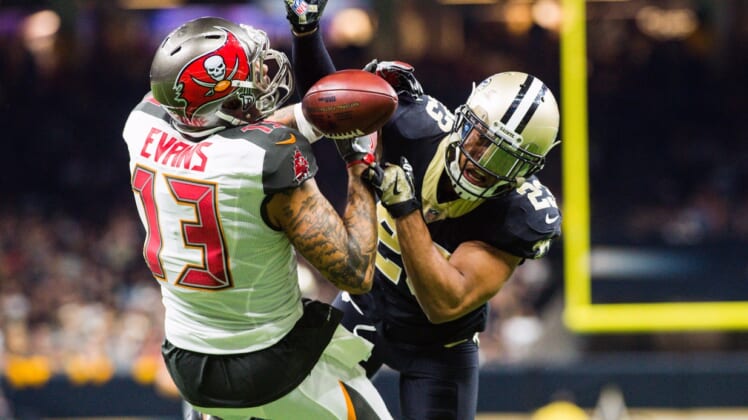 Tampa Bay Buccaneers receiver Mike Evans won’t be available in Week 10 after being suspended by the NFL for one game.

The reason he was suspended is that Evans took a cheap shot on New Orleans Saints cornerback Marshon Lattimore Sunday, hitting him from behind and then brutally attacking him after taking him to the ground (watch).

Evans most definitely should have been ejected in the game for his actions.

“During the third quarter, after a play had ended, you struck and unsuspecting opponent in the back, knocking him to the ground. Your conduct clearly did not reflect the high standards of sportsmanship expected of a professional.”

Evans was visibly surprised he was allowed to stay in Sunday’s game. He and the team expected some sort of discipline to be handed down. And now it has.

Under the CBA, Evans has three business days to appeal the suspension.