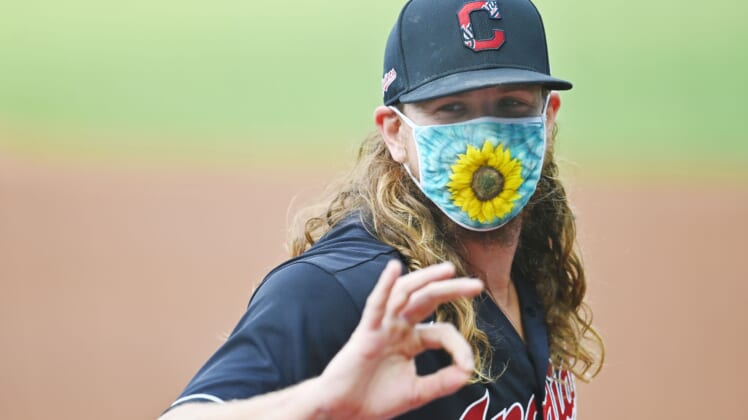 Clevinger, 29, was set to start on Tuesday against the Chicago Cubs. Instead, he’ll be placed in quarantine after he and teammate Zach Plesac violating MLB’s strict guidelines for player safety.

Just days after MLB implemented the rule, with approval from the MLB Players Association, Clevinger and Plesac went out in Chicago on Saturday night. When the team learned about the violation, they reacted quickly.

While Clevinger hasn’t been dominant this season, the veteran righty has been a steady force in Cleveland’s rotation. Across his first three starts, he posted a 3.24 ERA and 1.32 WHIP, while walking way with a 1-1 record.

Unlike with Plesac, Clevinger flew home with the team on Sunday after their series against the Chicago White Sox. He will be quarantined for at least 72 hours and undergo frequent testing for COVID-19.

With more players violating the strict guidelines and two outbreaks causing disruptions this season, MLB is already considering alternatives for later in the year. After seeing the success the NBA and NHL have already had with a bubble, we could see the MLB postseason and World Series played in isolation at a neutral site this year.