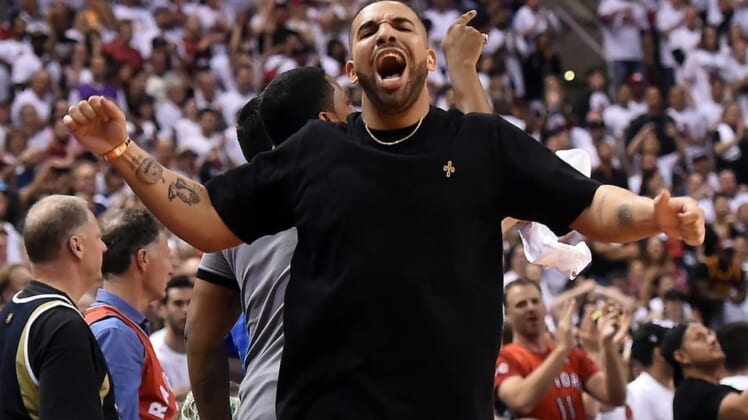 Drake has become a central figure within the Eastern Conference Finals between the Milwaukee Bucks and Toronto Raptors, and in Game 4 he may have crossed the line.

As Toronto was laying it on thick in a blowout win over Milwaukee, Drake — a diehard Raptors fan and the team’s so-called global ambassador — went behind Raptors head coach Nick Nurse and gave him a back massage.

A day later, Bucks head coach Mike Budenholzer had something to say about all this, ripping Drake in the process.

This series has certainly been full of excitement on the court. Drake’s involvement has spiced things up off it. Stay tuned, folks. And get your popcorn ready.