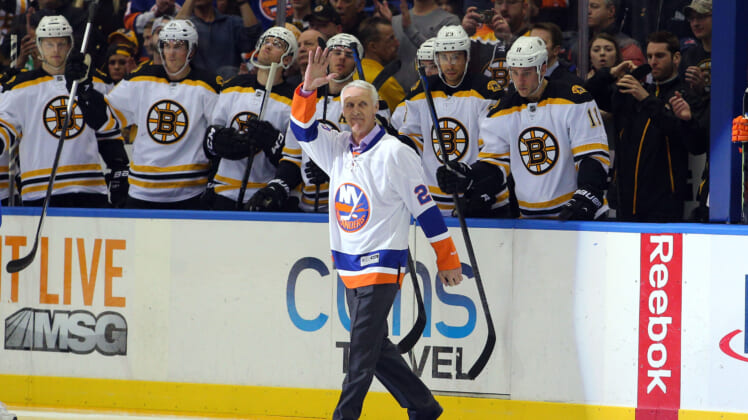 Bossy announced in October 2021 that he was diagnosed with lung cancer, forcing him to step down from his role as a hockey analyst for TVA Sports.

“I can tell you that I intend to fight with the determination and the enthusiasm that you have seen me display on the ice and in my game. That same determination that helped me achieve my dreams and my goals, the one that propelled me to the top of my sport when I was still playing.”

Mike Bossy on his cancer diagnosis in October 2021, via NHL.com

Renaud Lavoie, Bossy’s former colleague, announced Friday that his friend had passed away after his fight with terminal lung cancer. TVA Sports confirmed that Bossy passed away Thursday night.

New York drafted Bossy with the 15th overall pick in the 1977 NHL Draft. The 6-foot winger made his NHL debut in the 1977-’78 season, scoring 91 points and earning the Calder Memorial Trophy.

Bossy won the Lady Byng Memorial Trophy, awarded to the player who displays the best sportsmanship and plays at a high level, three times (1982, 1983, 1985) and finished on the ballot in each of his 10 NHL seasons.

During Bossy’s 10-year stint with the Islanders, New York made the NHL playoffs every season and reached the Stanley Cup Final in five consecutive years.

“My dad loved hockey, sure, but first and foremost he loved life. Until the end of his journey, he hung on. He wanted to live more than anything.”

Mike Mossy’s daughter, Tanya, on her father’s life and passing, via Yahoo Sports

Sportsnaut extends its condolences to the Bossy family, friends and the Islanders’ organization.