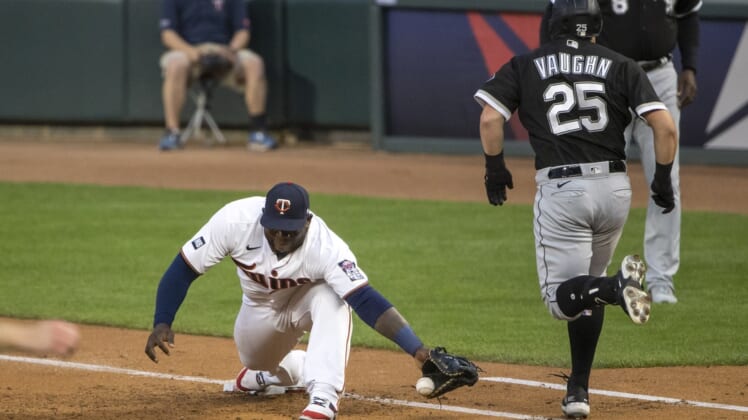 Jorge Polanco’s walk-off single in the ninth and Miguel Sano’s three home runs helped the host Minnesota Twins rally for a 5-4 win over the Chicago White Sox on Tuesday night in Minneapolis.

Sano hit solo homers in the fourth and sixth innings, and completed the trifecta with a 412-foot blast over the right center field scoreboard off reliever Aaron Bummer (0-2) to tie the game at 4 in the eighth. It was Bummer’s fourth blown save of the season.

Andrelton Simmons led off the ninth with a single and moved to second on a slow groundout by Nelson Cruz. After reliever Liam Hendriks intentionally walked Luis Arraez, Josh Donaldson’s fly ball moved Simmons to third, setting up Polanco’s game-winning hit into the right field corner.

The Twins won for only the third time in their past 13 games. The White Sox let an early 4-0 lead slip away and suffered only their third loss in their past 12 games. Taylor Rogers (1-2) picked up the win in relief for the Twins.

Minnesota’s scheduled starter Michael Pineda was scratched due to an abscess in his thigh. Rookie 6-foot-9 right-hander Bailey Ober made his major-league debut, and gave up four runs over four innings on five hits, including home runs by Yasmani Grandal and Jake Lamb.

Ober, who compiled a 1.29 ERA in two starts in Triple-A this season, struck out four and walked one.

Twins reliever Tyler Duffey threw a pitch behind Yermin Mercedes in the seventh inning and was ejected.

The incident came a day after Mercedes swung at a 3-0 pitch and hit a home run off catcher Willians Astudillo while he pitched the ninth inning with the White Sox comfortably ahead 15-4 at the time. White Sox manager Tony La Russa, who called what Mercedes did “a mistake” pregame on Tuesday, had a brief meeting with home plate umpire Jim Reynolds just before Duffey’s pitch.