Miguel Cabrera to have season-ending surgery on Thursday 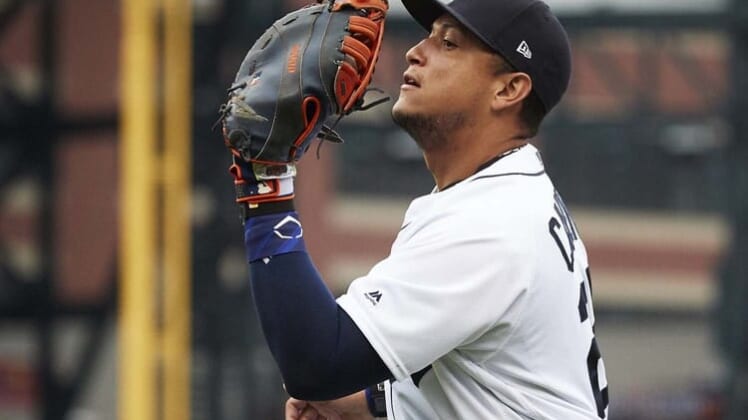 Still somewhat alive in the mediocre American League Central, the Detroit Tigers are going to have to get by without their most accomplished bat for the remainder of the season.

Future Hall of Famer and 11-time All-Star Miguel Cabrera ruptured his left biceps while swinging the bat in Tuesday’s game. The diagnosis was almost immediate, leading to Cabrera having to undergo surgery.

Miguel Cabrera will have surgery Thursday. Doctors expect him to be lifting weights in four months. Tigers will not move Castellanos — will go with Hicks, Goodrum, and Ronny Rodriguez, for now.

As noted, the 35-year-old former MVP will likely be cleared for weightlifting within four months. This means Miggy should be good to go for the 2019 season.

Prior to suffering this injury, Cabrera was hitting .299 with just three homers and 22 RBI on the season. Clearly in the downswing of his career, Cabrera is still owed a whopping a whopping $171 million on a contract that runs through the 2023 season.