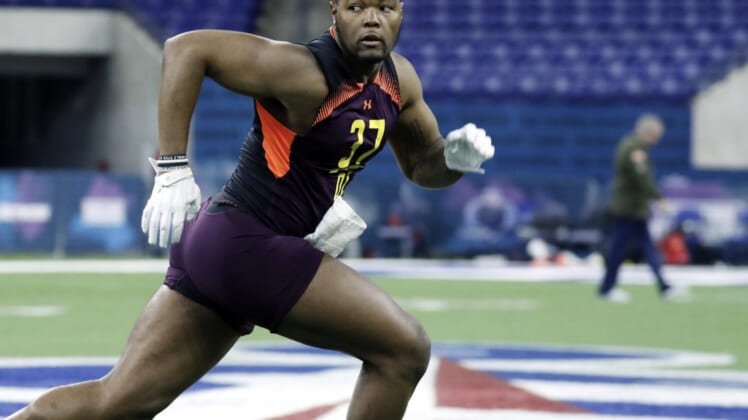 The weeks leading up to the 2019 NFL Draft had former Michigan star defensive end Rashan Gary pegged as a likely top-10 pick.

Despite some lackluster production with the Wolverines, the former top recruit was seen as the best second-tier edge guy behind the likes of Nick Bosa and Josh Allen.

Now, with the draft a mere two days away, it’s looking like Gary could be facing a major slide once Thursday evening comes calling in Nashville.

A lot of this has to do with the medical red flags that have popped up surrounding Gary over the past several days. That includes a shoulder injury.

The 6-foot-4, 277-pound Gary recorded 9.5 sacks in three seasons with Michigan. That type of production isn’t normally indicative of a player going off the board early.

Gary could now fall to either the end of the first round or all the way to the second day. That would be a remarkable slide down the board.