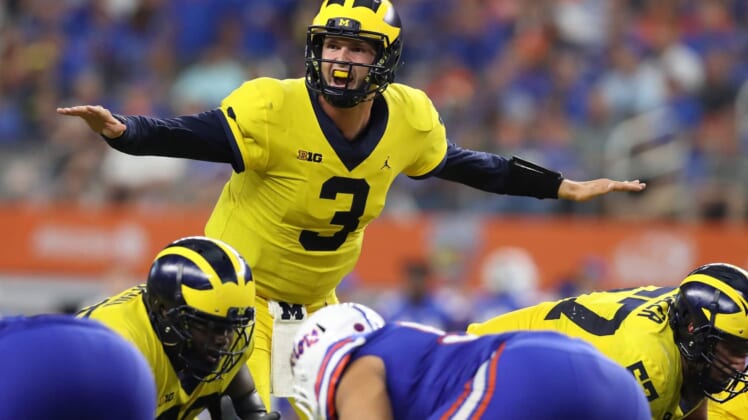 Wilton Speight jumped from Michigan to UCLA, going from Jim Harbaugh to Chip Kelly. Now settled into his new digs, he’ll be the starting quarterback for the Bruins in Week 1 against Cincinnati.

UCLA announced the move on Thursday, per Alden Gonzalez of ESPN. This, of course, means that true freshman Dorian Thompson-Robinson will have to bide his time and wait his turn while Kelly entrusts his offense to a more experienced hand.

In three years at Michigan, Speight completed 58.8 percent of his passes for 3,192 yards with 22 touchdowns and 10 interceptions.

A back injury caused him to miss time, and he was ultimately supplanted by John O’Korn and Brandon Peters last year at Michigan. If anyone can get Speight to perform at a high level it’s probably Kelly.