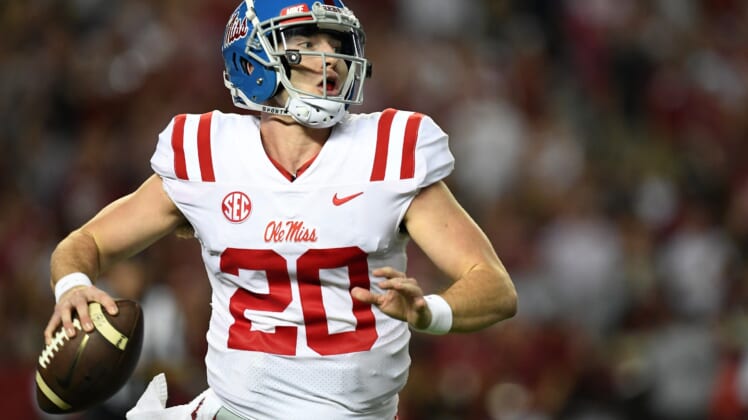 This was nothing more than a formality after Shea Patterson made his intentions clear last week, but Michigan formally announced the transaction Tuesday.

Last week, Patterson tweeted his decision to move on from Ole Miss to the University of Michigan, something that had previously been rumored to be on the horizon.

Last season, before suffering a season-ending injury, Patterson completed 63.8 percent of his passes for 2,259 yards (8.7 per attempt) with 17 touchdowns against nine interceptions.

If he’s eligible to play for Michigan in 2018, Patterson will be competing with junior Brandon Peters and redshirt freshman Dylan McCaffrey for the starting job.