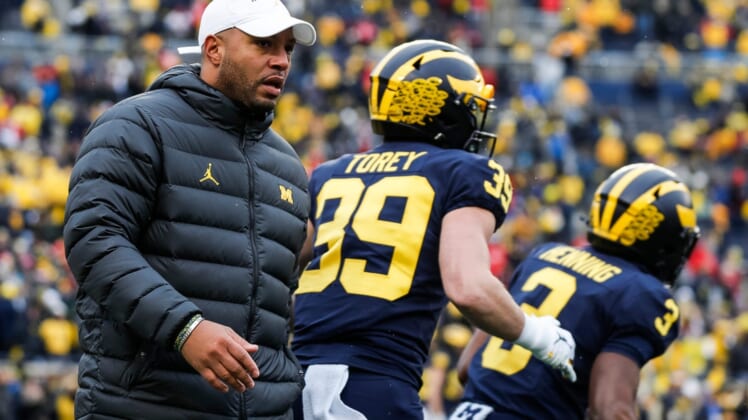 Michigan offensive coordinator Josh Gattis was named the winner Tuesday of the 2021 Broyles Award, given each year to the top assistant coach in the nation.

In the Big 10 championship game on Saturday, the Wolverines offense put up 461 yards — an average of 7.4 yards per play.

Michigan is ranked No. 2 in the nation and will face No. 3 Georgia in the Orange Bowl on New Year’s Eve for a chance to play in the College Football Playoff championship game on Jan. 10.