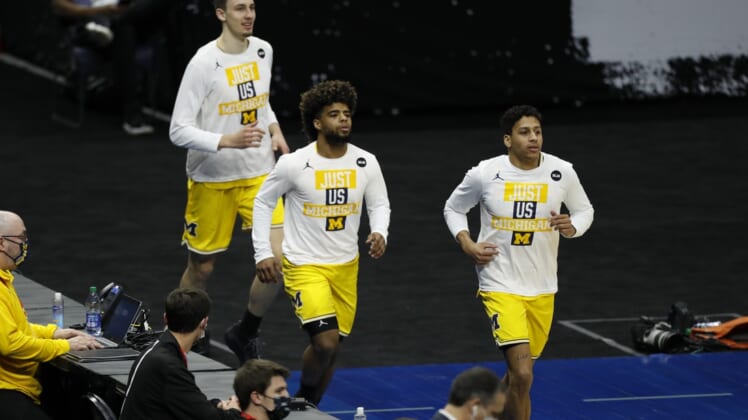 Mar 22, 2021; Indianapolis, Indiana, USA; Michigan Wolverines run onto the court before the game against the Louisiana State Tigers in the second round of the 2021 NCAA Tournament at Lucas Oil Stadium. Mandatory Credit: Joshua Bickel-USA TODAY Sports

DeVante’ Jones announced Monday he is withdrawing his name from NBA draft consideration and will play for the Michigan Wolverines.

The deadline for pulling out of the draft is Wednesday.

Jones told Rookie Wire in May that Michigan is a nice fit.