Michigan governor says stadiums won’t be full in the fall 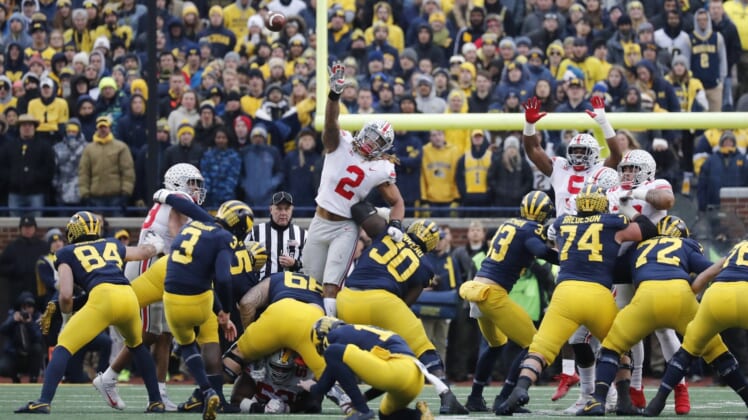 The COVID-19 pandemic brought sports in the spring to a halt. Now with the crisis ongoing and college football season just a few months away, Michigan’s governor hinted that a sense of normalcy might not be returning from college football this season.

While states across the country continue to lift stay-at-home restrictions, there seems to be no end in sight to limitations on mass gatherings. Unfortunately for the University of Michigan and Michigan State, the ramifications will be felt in the fall during football season.

On Tuesday, Michigan governor Gretchen Whitmer spoke about the state’s efforts to fight against COVID-19. Among the plans from state officials, adjusting to a new normal that is looming at Michigan Stadium and Spartan Stadium.

“We’re making progress,” Whitmer said, via Pride of Detroit. “There’s reason to feel some confidence here, but we also have to measure expectations and say, ‘Life is going to be different. We’re not going to be filling stadiums in the fall.’”

Michigan isn’t the only state likely to follow that plan. California governor Gavin Newsom recently said the state likely won’t have full stadiums until there is a vaccine. Unfortunately for sports fans seeking to attend games, that time might not come for at least another year.

For the University of Michigan, the lost revenue from ticket sales and concessions will only add to a rough fiscal year. The university projected losses in excess of $400 million in April and things would be even worse if college football games are played without fans or limit attendance. Things will also be bad for Michigan State, which relies on revenue generated at the stadium from tickets, concession sales and parking to account for a significant portion of its revenue.

Of course, even that is still not the worst-case scenario for schools across the country. If college football can’t be played in 2020, which Dr. Anthony Fauci indicated is a possibility, countless sports programs will be cut, thousands of jobs will be lost and the NCAA will be hurt for years to come.