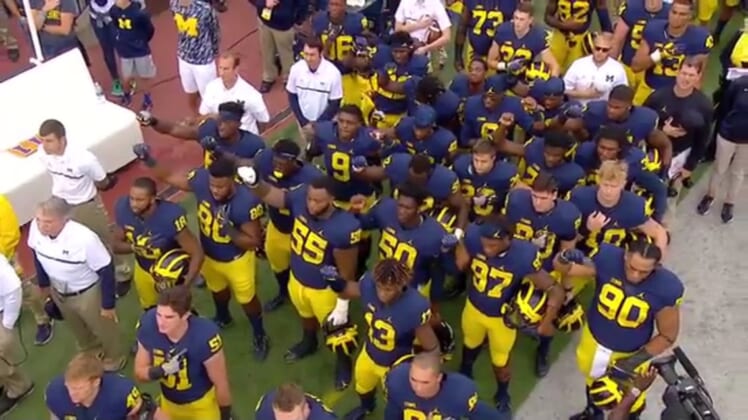 Before the Wisconsin-Michigan game on Saturday, Michigan football players and at least one cheerleader made a statement during the national anthem.

Making a statement in front of 100,000 plus pic.twitter.com/9DwbXUsfOe

Many players raised their fists, while at least one cheerleader took a knee.

They are clearly participating in the growing silent protest that was initially started by San Francisco 49ers quarterback, Colin Kaepernick, who has been raising awareness about police violence against minorities in America.