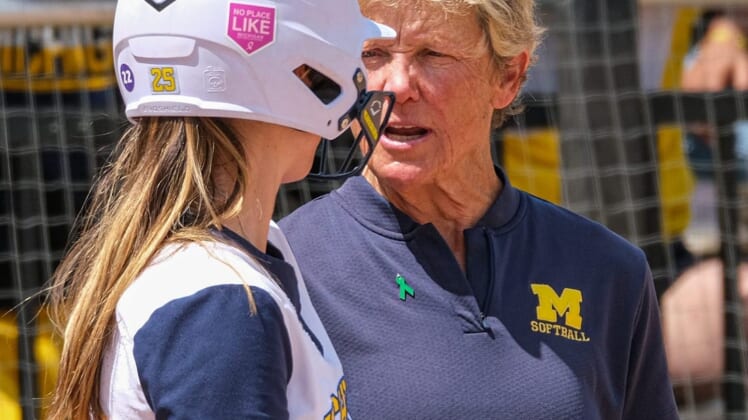 Hutchins, 65, compiled an overall record of 1,707-555-5 and never had a losing season in 38 years with the Wolverines. She coached one season at Ferris State before joining Michigan as an assistant in 1983.

She became head coach in 1985 and guided the program to 22 Big Ten regular-season titles and 12 appearances in the Women’s College World Series, including the program’s first championship in 2005.

“I want to begin by expressing that today I am filled with pride, love, humility and gratitude,” Hutchins said. “I have served as the head coach of Michigan softball for 38 years, and I am incredibly grateful to the university for this opportunity of a lifetime. I will forever bleed blue.”

Hutchins was inducted into the National Fastpitch Coaches Association Hall of Fame in 2006.

The school promoted Bonnie Tholl to replace Hutchins. Tholl, a former Michigan standout as a player, has been an assistant coach for the Wolverines for 29 years, the last 20 as associate head coach.