Michael Pierce dropped 20-plus pounds, apologized to Ravens teammates for being out of shape 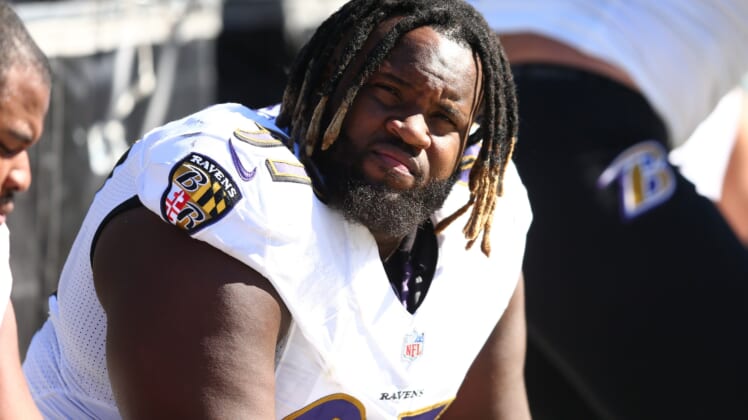 Baltimore Ravens defensive tackle Michael Pierce was publicly scolded by his head coach and banished from the practice field during minicamp earlier this year.

The reason Pierce was in hot water was that he showed up to minicamp out of shape — something he’s since amended and apologized for.

“I really apologize for letting [my teammates] down in minicamp,” Pierce said, per Bo Smolka of pressboxonline.com. “That’s never been indicative of my character to come in out of shape. … I told them it won’t happen again.”

Pierce says he has dropped more than 20 pounds, thanks to a diet heavy in seafood and a determined focus that included carrying a scale around with him as he traveled.

He also explained how he things spiraled to the point of being out of shape for minicamp.

“I wasn’t diligent in my dieting. … I was focused more on lifting, but that’s a mistake I’ll learn from and it really, really won’t happen again. That’s going to be my mission, to prove to guys that I’m here to work.”

The good news is that Pierce was cleared for training camp after shedding the weight and getting himself in condition.

That’s good both for the Ravens, and for the former undrafted free agent out of Samford. He signed a one-year deal this offseason and could potentially earn a significant payday with another strong season at nose tackle for Baltimore.