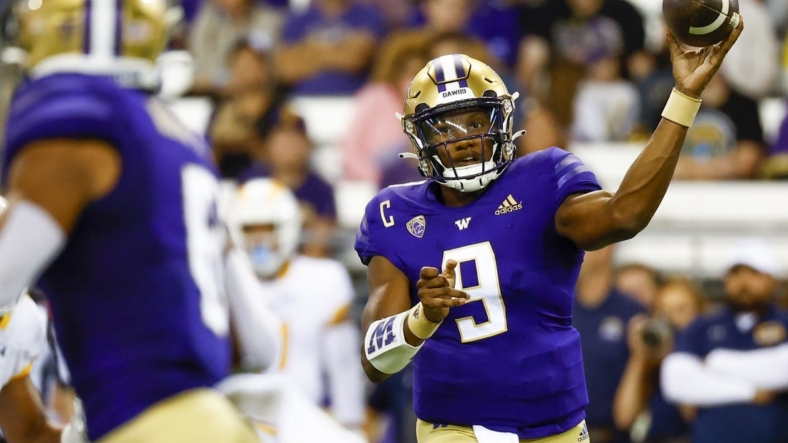 Quarterback Michael Penix Jr., a transfer from Indiana, threw for 345 yards and four touchdowns with 26 completions on 39 attempts. Former Virginia running back Wayne Taulapapa led the way on the ground with 11 carries for 57 yards, including a 28-yard touchdown run early in the first quarter.

Penix looked accurate throwing downfield, and his receivers did a good job getting open against soft coverage one on one. The second touchdown pass to McMillan was the most difficult throw for Penix, but he threaded the pass over the middle and McMillan ran in for the 13-yard score.

Taulapapa took a handoff and ran through a hole on the left side of the offensive line for his first Washington touchdown. The Huskies, playing Kent State for the first time ever, led 31-13 at halftime

The Huskies won for the 400th time in school history at Husky Stadium, and made a winner of head coach Kalen DeBoer in his first game at the helm.

Kent State (0-1) got 178 passing yards and a touchdown from Collin Schlee, though he threw two interceptions. The Golden Flashes defense kept Washington out of the end zone on fourth-and-goal inside the final 90 seconds of the game.