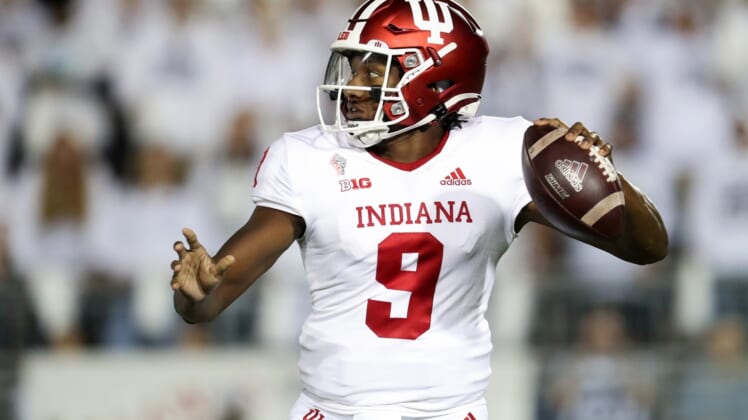 Penix, who made the announcement on social media, has two seasons of eligibility remaining.

DeBoer was named the new head coach of the Huskies late last month.

Penix played for DeBoer when he was Indiana’s offensive coordinator/quarterbacks coach in 2019. Penix completed 68.8 percent of his passes and threw for 1,394 yards with 10 touchdowns in just six games under DeBoer’s guidance.

Overall, Penix threw for 4,197 yards with 29 TDs against 15 interceptions in 20 games at Indiana. He added another six rushing scores.

He played in just five games in 2021 after suffering a shoulder injury on Oct. 2 against Penn State. All three of Penix’s previous seasons at Indiana ended early due to injuries. He suffered ACL tears in 2018 and 2020 and a collarbone injury in 2019. He finishes 12-5 as the starter in Bloomington.