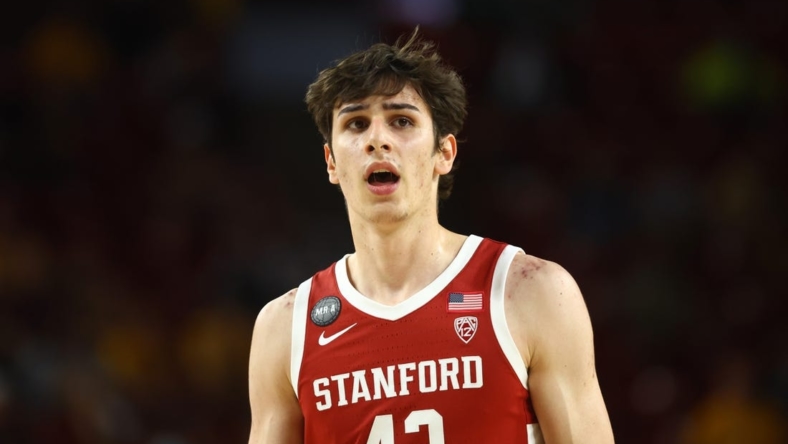 Michael Jones scored a career-high 31 points in his Stanford debut to lead the host Cardinal to an 88-78 victory over Pacific in the season opener for both teams on Monday afternoon.

Maxime Raynaud added a career-best 22 points on 9-of-11 shooting and grabbed nine rebounds as the Cardinal defeated the Tigers for the 19th consecutive time and 34th in 37 all-time meetings. Brandon Angel had 10 points for Stanford, which never trailed.

The Cardinal played without Spencer Jones, who missed the game with a lower-body injury. He ranks ninth in school history with 189 career 3-pointers.

The Cardinal held off the charge and pushed their lead to 82-70 on Michael O’Connell’s putback with 1:05 left while closing it out.

Stanford shot 60.4 percent from the field, including 8 of 22 from 3-point range.

Pacific connected on 41.8 percent of its shots and 11 of 30 from behind the arc.

Michael Jones played the past three seasons for Davidson. He is the first transfer Stanford has accepted since 2009.

Michael Jones and Raynaud each scored 13 first-half points as the Cardinal led 44-32 at the break. Raynaud made all six of his field-goal attempts as Stanford shot 60.7 percent for the half.

Ivy-Curry had 10 in the half for the Tigers, who made 37.9 percent of their shots.

The Cardinal later scored 10 straight points as Raynaud scored on a putback and Angel and Harrison Ingram connected on 3-pointers. Raynaud added a layup for a 37-25 lead with 4:47 left.

The Cardinal were ahead by 17 with under 12 minutes left before Moe Odum scored five straight points to start an 11-0 run that saw the Tigers trim their deficit to 61-55 with 8:23 remaining. Ivy-Curry’s trey ended the 16-2 stretch that cut Stanford’s lead to three.