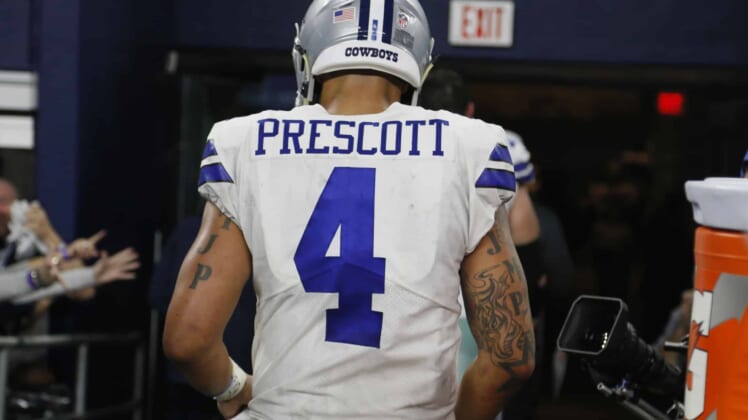 Though the Dallas Cowboys have publicly stated that Tom Brady is not a player of interest amid the ongoing contract discussions with Dak Prescott, many aren’t buying it.

Speaking about that very topic Friday on WEEI’s “Dale & Keefe,” NFL Network’s Michael Irvin, who remains very plugged in with his former team, shared a shocking conversation he had with “very significant people.”

Essentially, the people he was speaking with thought the Cowboys could use the franchise tag on Prescott, trade him afterward and then sign Tom Brady.

“I am telling you right now, at the Super Bowl in Miami, some very significant people that I had conversations (with were) leaning in that same direction,” Irvin said. “It was shocking. I had a vodka cranberry in my hand and when they said it to me I put the drink down and said, ‘Let’s talk a little bit more about this.’ I promise you, I had a conversation with people, I can’t tell you who, about that same scenario going down.”

What’s even more fascinating is that Irvin isn’t the only former Cowboys receiver who has talked about a similar potential scenario. Terrell Owens recently shared his feeling that the Cowboys don’t believe in Prescott and could sign Brady instead.

The Cowboys have repeatedly stated that Prescott is “the man” going forward and that he’s going to land a huge contract extension. But until something actually happens on that front, the rumors will persist.