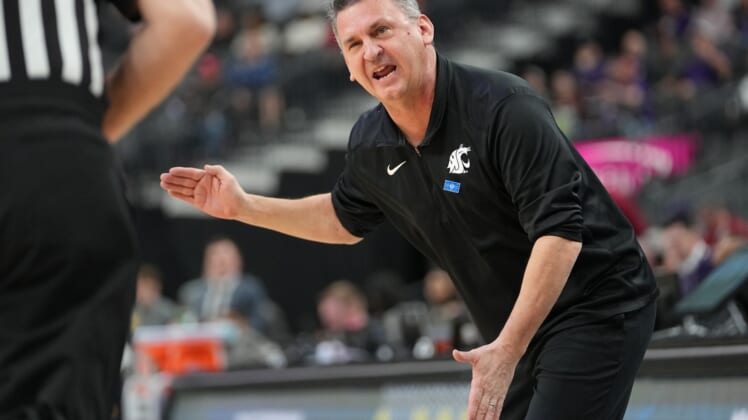 Michael Flowers had 27 points and set Washington State single-season record for made 3-pointers in the Cougars’ 77-58 win Wednesday over host BYU in National Invitation Tournament quarterfinal game at Provo, Utah.

Washington State, a No. 4 seed, will play No. 1 Texas A&M on Tuesday in a semifinal game in New York City. The Aggies beat Wake Forest 67-52 earlier Wednesday.

Flowers went 4 of 10 from beyond the arc, giving him 100 this season after transferring from South Alabama.

Klay Thompson held the previous Washington State record for 3-pointers made in a season with 98 in 2010-11.

Dishon Jackson, a reserve, finished with a season-high 14 points for Washington State (22-14). Tyrell Roberts had 11 points.

Washington State outscored BYU 19-4 in a stretch of more than six minutes in the first half to take a 31-22 lead with 3:11 remaining before halftime.

Flowers had 10 points in that pivotal stretch for the Cougars, who took a 35-26 lead into halftime behind Flowers’ 12 points.

Jackson also had 10 points at halftime on 5-of-7 shooting from the field. He finished making 7 of 9 shots overall.

Washington State had only one turnover in the first half while BYU had seven. BYU also made 1 of 10 shots from 3-point range in the half.

Washington State answered with a 15-2 run, fueled by two 3-pointers by Flowers, including a four-point play with 10:47 left that gave him the single-season school record for 3-pointers made.

He capped the run with another 3-pointer that gave Washington State a 57-41 lead with 10:09 left.

Flowers made 6 of 9 shots from the field in the second half, leading Washington State to a percentage of 51.7 after halftime.

The Cougars had only six turnovers in the game.