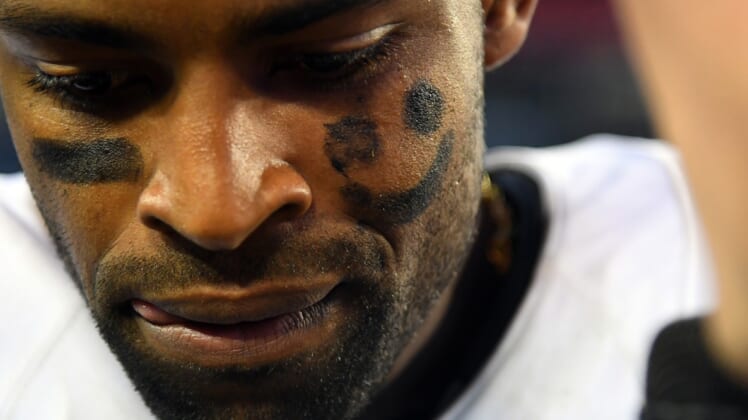 When asked by reporters about playing against these two cornerbacks, Sherman refused to give them anything, saying, “I know what you’re trying to get to, but we’re not going to go there,” per Darren Urban of the Cardinals’ website.

Crabtree’s history with both men is pretty significant.

He famously was the target of a legendary rant by Sherman following the NFC Championship Game between the San Francisco 49ers and Seattle Seahawks.

And who could forget Talib ripping Crabtree’s chain necklace right off his neck during a game between the Oakland Raiders and Denver Broncos back in 2017? Then, he did it again later that same year even after Crabtree taped it to his chest, starting an all-out brawl between the two teams.

So yeah, it’s going to be fun watching Crabtree line up opposite these two guys again. Even if he’d rather put the past behind him.