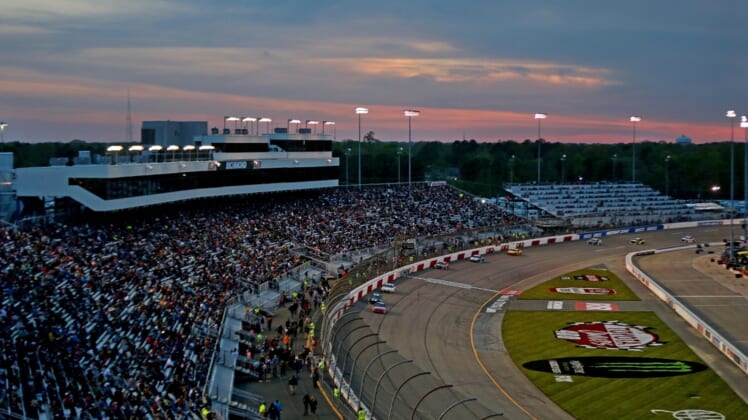 It is the fourth time in his career that Conti has posted multiple victories in a season. He won the second race of 2022 at a virtual Las Vegas Motor Speedway on March 1.

Conti, from Concord, N.C., drove the No. 8 Chevrolet to a 0.269-second victory over runner-up Graham Bowlin.

“That was a hell of a race,” Conti said. “All my hairs that had color in them are now gray. I think I lost a few years off my life there at the end. Those restarts were insane.”

Conti owns 13 wins overall in 12 years, but he had never previously won at Richmond.

“I came into this year just really, really, really feeling good,” Conti said. “Man, there was so much preparation the last year. It was not fun at times. It was painstaking, just running through setups and information and theories and seeing what worked and what didn’t. And ultimately without that, and without being pushed by a lot of people around me, we wouldn’t be here.

“This is crazy. I feel like typically I win on an annual basis, sometimes semi-annual, and now we are two out of four in the year. This is awesome.”

Bowlin, a Houston resident driving the No. 48 Toyota, wound up with his second top-three finish of the season.

“I thought I had it at the end,” Bowlin said. “I was just too loose and (didn’t have) enough time.”

The series returns with the Bristol (Tenn.) dirt race on April 12.