Miami pulls away at end after surprising test from Lafayette 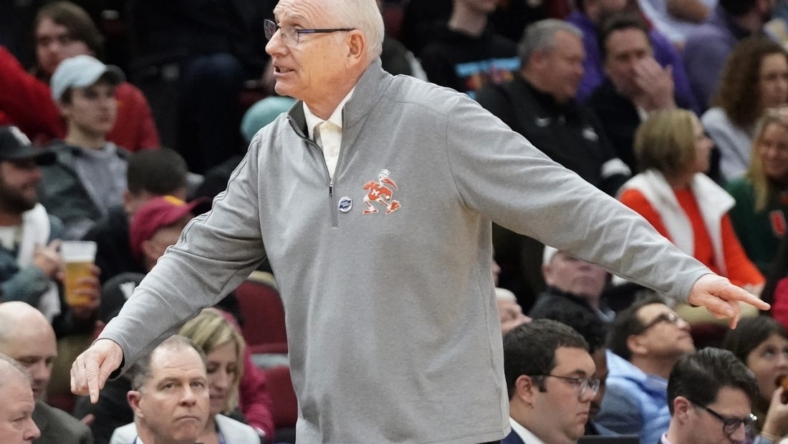 Isaiah Wong and Nijel Pack each scored a team-high 16 points as the host Miami Hurricanes defeated the Lafayette Leopards 67-54 in the season opener for both teams Monday night.

Miami — who made the NCAA Tournament Elite Eight last season — also got a game-high 15 rebounds and 11 points from Norchad Omier.

Lafayette, a 23 1/2-point underdog, led by as many as four points in a surprisingly strong first-half performance. CJ Fulton led the Leopards with a game-high 17 points, making 5-of-7 on 3-pointers.

The game marked the Leopards coaching debut of Mike Jordan. He succeeds Fran O’Hanlon, who had coached Lafayette the previous 27 seasons.

Prior to the game, the Canes announced that they would be without four-star freshman forward Danilo Jovanovich due to an injury to his left ankle.

The first half featured eight lead changes and two tie scores before Lafayette emerged with a 30-28 lead at the break.

Wong led all first-half scorers with eight points, but Miami shot 29.4 percent from the floor and 1-of-6 on free throws (16.7 percent).

Lafayette got outrebounded 25-18 in the first half, but the Leopards shot a relatively hot 44.0 percent from the floor.

Miami started the second half with a 10-0 run that included a dunk and a 3-pointer by Wong.