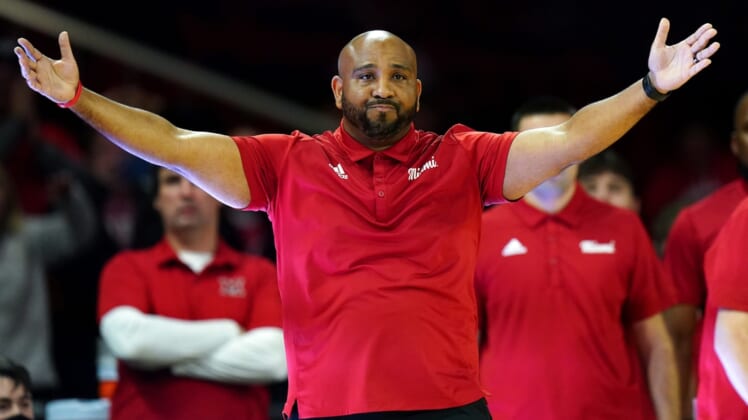 Owens, 44, led the Redhawks to just one winning season and finishes with a 70-83 overall record.

“I want to thank Jack Owens for his tremendous effort and work ethic in leading Miami Basketball,” athletic director David Sayler said in a statement. “We all have a great amount of respect for Jack, who he is, how he conducts himself and how he ran the program. Jack’s leadership throughout the pandemic was always centered on student-athlete well-being and he accomplished a lot in challenging times. We wish him well in his future endeavors.”

Owens was the associate head coach at Purdue before taking the reins in Oxford, Ohio. Miami was his first head coaching job.