Miami Marlins to call up OF Lewis Brinson 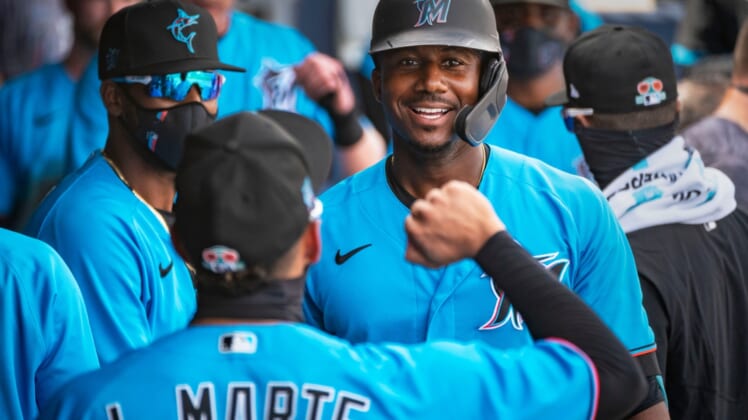 Marlins Lewis Brinson celebrates his home run during the first spring training game of the year between the Miami Marlins and the Houston Astros at The Ballpark of the Palm Beaches West Palm Beach, Florida on February 28, 2021.

The Marlins announced Monday that Marte would miss at least a week with a fractured left rib. He will be placed on the injured list Tuesday.

Brinson, 26, has zero hits in eight at-bats this season. He hit .226 with three home runs and 12 RBIs in 47 games last season for Miami. He was a first-round selection of the Texas Rangers in the 2012 amateur draft and is a career .187 hitter.

Marte was batting .316 with two homers, eight RBIs and three steals in 15 games this season before he injured himself while batting in the ninth inning Sunday against the San Francisco Giants.