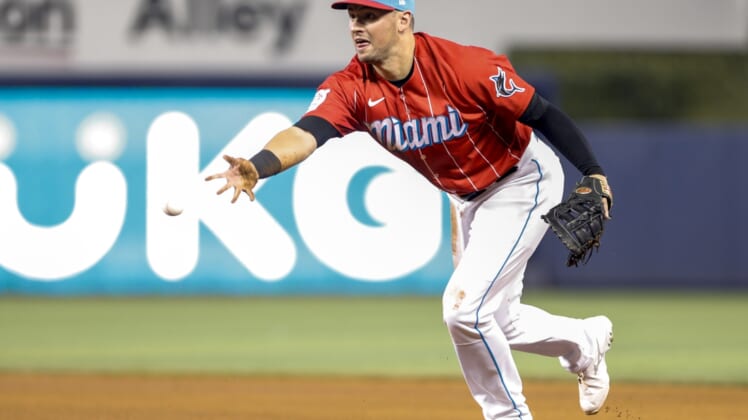 Looking for roster space, the Miami Marlins designated veteran infielder Joe Panik for assignment on Friday with three games remaining in the season.

Panik, who is set to become a free agent after playing 53 games with the Marlins this season, went on paternity leave after Thursday’s game. Since he was not expected to return this season, he was designated instead to open a 40-man roster spot.

Panik, 30, batted just .172 for the Marlins with a home run and seven RBIs after opening the year with the Toronto Blue Jays. In eight seasons, mostly spent with the San Francisco Giants, he is a .264 hitter with 42 home runs and 258 RBIs.

The Marlins called up three players for the final weekend of the season. Right-handers Preston Guilmet and Andrew Bellatti were added as was infielder Deven Marrero, with all three needing 40-man roster spots. Guilmet has 28 appearances over five major league seasons, while Marrero has played in 171 games over six seasons with three teams.