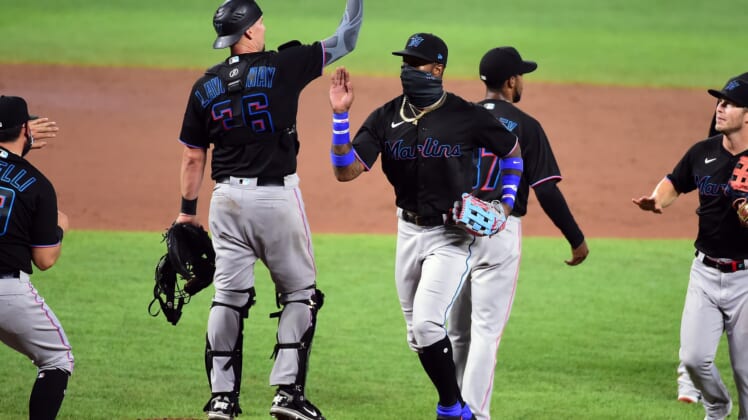 That’s no more true than in South Beach where the Miami Marlins played a grand total of three games to start the 2020 MLB season before over half of the team’s active roster came down with COVID-19. It forced the Marlins to miss the next eight days of action. It also led to MLB almost shutting the season down.

Miami was in Baltimore to take on the Orioles for a doubleheader on Wednesday in its second day back in action. In a sign of the times, both games were slated to be seven innings due to new rules set forth by the league.

The Marlins (or whatever is left of their team), took out Baltimore in the opener by the score of 1-0. Veteran Brian Anderson drove in the only run while Elieser Hernández threw 4.1 scoreless innings to open the game.

Not to be outdone, Miami defeated Baltimore by the score of 2-1 in the second half of the doubleheader. It used five different pitchers, including opener Josh A. Smith in his Marlins debut after being claimed off waivers from the Cleveland Indians’ organization. Anderson drove in another run to lead the charge from the plate.

By virtue of this sweep on Wednesday, Miami finds itself at 5-1 on the season. Shockingly, that mark ties a franchise record for the best six-game start in Marlins franchise history. This is not a drill.

Not only are the Marlins now in first place in the National League East, they boast the best winning percentage in Major League Baseball. The team’s social media account had some fun with this after Wednesday’s sweep.

In all seriousness, good for the Marlins. They have gone through a whole heck of a lot in the two weeks since the 2020 season started. Let them have this.