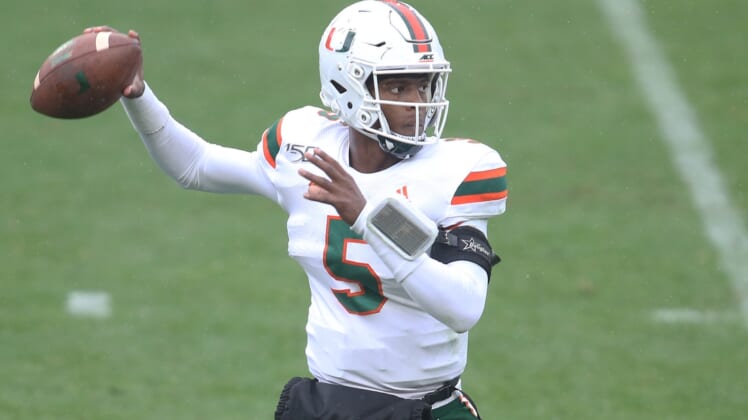 Miami’s N’Kosi Perry entered the NCAA transfer portal, becoming the second Hurricanes quarterback to do so in the past four weeks, multiple outlets reported Wednesday.

Tate Martell previously put his name in the portal.

The move by Perry was expected. Coach Manny Diaz said two weeks ago that Perry would remain enrolled at Miami to finish the three classes he needed to graduate but wouldn’t take part in spring practice.

King has said he will return for his final season of eligibility in 2021.

Perry, a Florida native, signed with Miami as a four-star prospect in the Class of 2017. He was ranked as the No. 7 dual-threat quarterback in the class by the 247Sports composite.

He leaves Florida having thrown for 2,484 yards and 24 touchdowns with 10 interceptions. He added 217 rushing yards and three touchdowns.