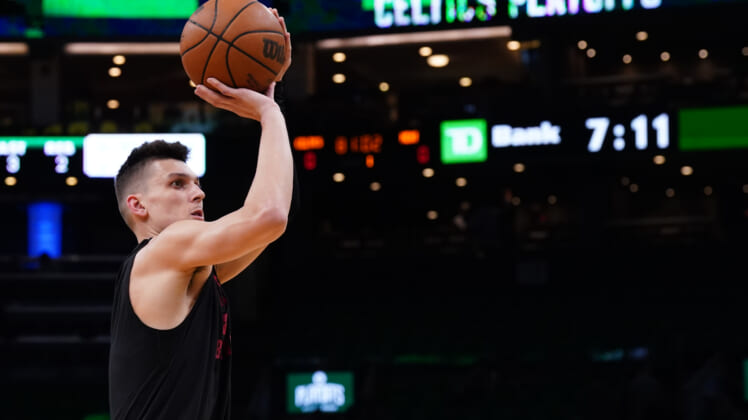 The Miami Heat are just hours away from one of their biggest tests of the season, with the Boston Celtics paying a visit to FTX Arena in Game 5 of the Eastern Conference Finals. With the series tied at two wins apiece, the Heat will be without the Sixth Man of the Year, as Tyler Herro will be out tonight with a left groin strain.

It is the second consecutive game the Heat will be without their third-leading scorer from their postseason. With the Heat looking to rebound after a 20-point loss, not having their flamethrower coming off the bench won’t help.

Meanwhile, as the Heat find themselves short-staffed, the Boston Celtics are doing just fine on that front. Both Marcus Smart and Robert Williams will play tonight for the C’s.

Smart could be seen injuring his ankle late in Game 3, but he returned after just a few minutes of play. The Defensive Player of the Year then had to miss Game 4 altogether as his ankle sprain healed. Now it appears he’s ready to give it another go.

Williams missed Game 3 but was able to make it back on the court for the next matchup, yet the ‘Time Lord’ only played 19 minutes in Game 4 as he battled knee soreness.

Having both back on the court for Game 5 has to be considered a big win for the Celtics.

Related: Celtics vs Heat: Jayson Tatum and Jaylen Brown have a career-defining opportunity in Game 5