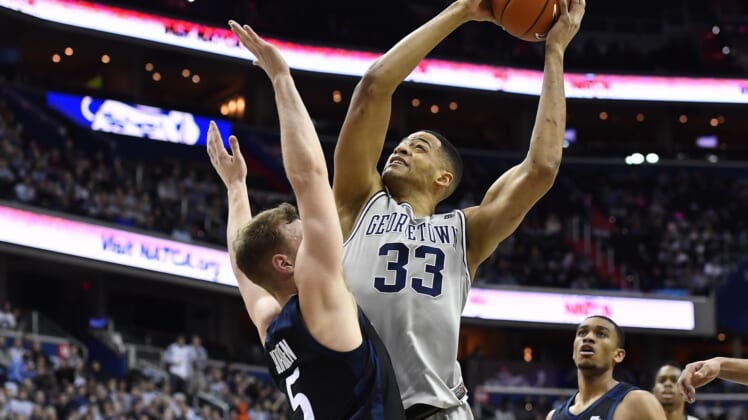 As the Miami Heat continue to prepare for the 2019 NBA Draft with prospect evaluations, the organization is bringing in a familiar name with Hall of Fame ties to the team’s glory years.

According to The South Florida Sun-Sentinel, Miami is scheduled to workout forward Trey Mourning, the son of Hall of Famer Alonzo Mourning. Mourning, who played 11 seasons in Miami, now serves as the team’s Vice President of Player Programs.

Mourning, who already worked out for the Sacramento Kings and Washington Wizards, averaged 6.3 points and 3.8 rebounds in 17 minutes per game in 2018-’19 with the Hoyas.

While he isn’t expected to be drafted in the 2019 NBA Draft, which will be held on June 20, it’s a nice move by the organization as it continues to bring in players for workouts with family ties to the organization.