The 2023 NBA trade deadline is fast approaching with the New York Knicks actively engaged in conversations with both buyers and sellers around the league. As the Knicks’ front office explores its option, the possibility of at least one deal coming to fruition seems to be increasing.

NBA insider Marc Stein reported on Jan. 18 that the Knicks were fielding inquiries from the Milwaukee Bucks, Dallas Mavericks and Los Angeles Lakers on wing Cam Reddish. Now, a fourth team has reportedly joined the mix to land the 23-year-old forward.

According to SNY’s Ian Begley, the Miami Heat are interested in acquiring Reddish. As of now, though, talks haven’t progressed with no team reportedly willing to meet York’s asking price.

Exactly a year after the Knicks flipped Kevin Knox and a protected first-round pick to the Atlanta Hawks for Reddish in January 2022, New York now wants a second-round pick in exchange for its backup forward.

Reddish, the 10th pick in the 2019 NBA Draft, has struggled to find success since entering the league. A former McDonald’s All-American and five-star recruit, the 6-foot-8 wing has shot just 39.3% from the field in his NBA career, averaging 10.2 points per game across 153 contests.

Begley notes that the Knicks are open to either including Reddish in a package deal or trading him outright to another team for an unprotected second-round selection. Entering late January, all four teams interested in Reddish are believed to still be in the mix.

Milwaukee is willing to move its second-round picks, having already offered multiple to the Houston Rockets in a deal for Eric Gordon. While the Bucks remain engaged in conversations with the Knicks, they are likely holding off on a more aggressive pursuit of Reddish until they explore better options to strengthen their bench.

While many expect the 2023 NBA trade deadline to be relatively quiet, the level of interest in Reddish and the Knicks’ asking price makes him one of the likeliest trade candidates around the NBA this season. 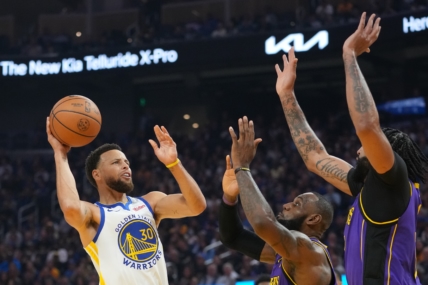