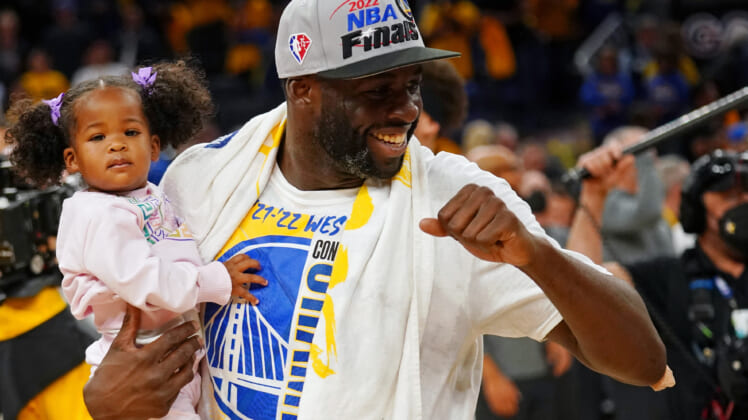 On Thursday, the Warriors secured their sixth finals appearance in the last eight seasons after defeating the Dallas Mavericks in Game 5 of the Western Conference Finals. Following the victory, team great Draymond Green appeared on “Inside the NBA” and was asked by NBA Hall-of-Famer Shaquille O’Neal who he would prefer to face in the 2022 NBA Finals.

The prediction was not a shocking choice at the time. A day before, the Boston Celtics drubbed the Heat 102-82 in Game 5 of the Eastern Conference Finals and took a commanding 3-2 lead in the series. Miami looked terrible in that matchup and there were questions about the health of several key players, including the squad’s lone superstar Jimmy Butler.

However, on Friday the Miami Heat came back with a vengeance. Winning Game 6 in Boston and forced the serious back to Florida for a seventh and final matchup. In the victory, Butler scored a career-high 47 points. Following the Heat’s win, 19-year team veteran Udonis Haslem told Yahoo Sports that Green’s prediction was ” disrespectful” and he broke the player “code.”

Green will look foolish and have a lot to answer for in the finals if the Heat pulls off the comeback and win Game 7 against the Boston Celtics on Sunday night.