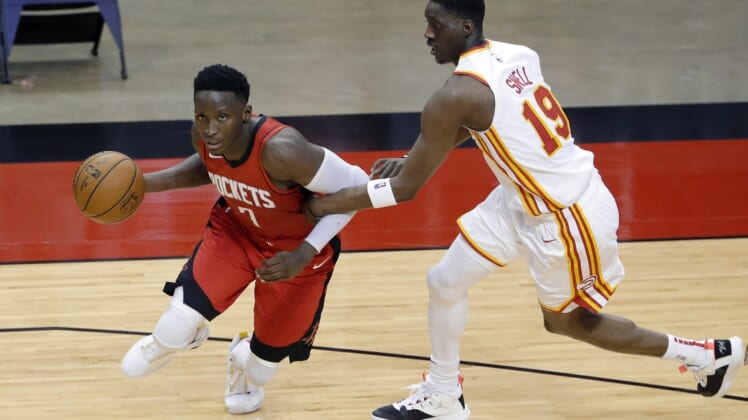 The Miami Heat acquired well-traveled Victor Oladipo on Thursday in a trade with the Houston Rockets.

The Rockets received Avery Bradley and Kelly Olynyk in the deal. Houston also received the right to swap 2022 draft picks with Miami.

Oladipo played in just 20 games for the Rockets after getting dealt to Houston in the mega deal that sent James Harden to the Brooklyn Nets in January. He started the season with the Indiana Pacers.

The 28-year-old guard averaged 21.2 points per game to go with 5.0 assists and 4.8 rebounds with Houston. He owns a career average of 17.6 points per game with the Orlando Magic, Oklahoma City Thunder, Indiana and Houston.

He turned down a two-year, $45.2 million extension with the Rockets.

Bradley, 30, played in just 10 games (one start) for the Heat and averaged 8.5 points per game after signing a one-year deal with them in the offseason. He missed time due to injuries and COVID protocols. A two-time NBA All-Defensive Team selection, Bradley won an NBA championship last season with the Los Angeles Lakers.

Olynyk, 29, spent the past three-plus seasons in Miami after a four-year stint in Boston. Olynyk averaged 10.0 points and 5.2 rebounds in 265 games (105 starts) with the Heat. He is set to become a free agent after the season.