The Miami Hurricanes took full advantage of the South Beach nightlife on Saturday evening by renting out one of the most-famous clubs in North American to unveil their new Adidas uniforms.

As CBS Sports notes, DJ Cannon and Pusha T were both on hand at Club LIV to perform during the unveiling.

As for the uniforms, a lot of mixed results involved here: 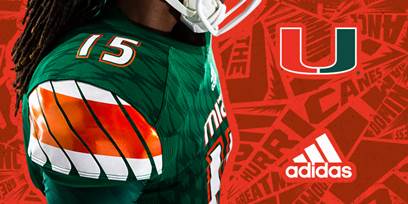 The green base with the orange and white on the shoulders is a pretty nice look.

Though, when the uniforms switch to a bright orange base, the wheels fall off big time:

Notice the trademark “U” on the pants? That’s a pretty decent look.

The white-based unis seem to be the best: 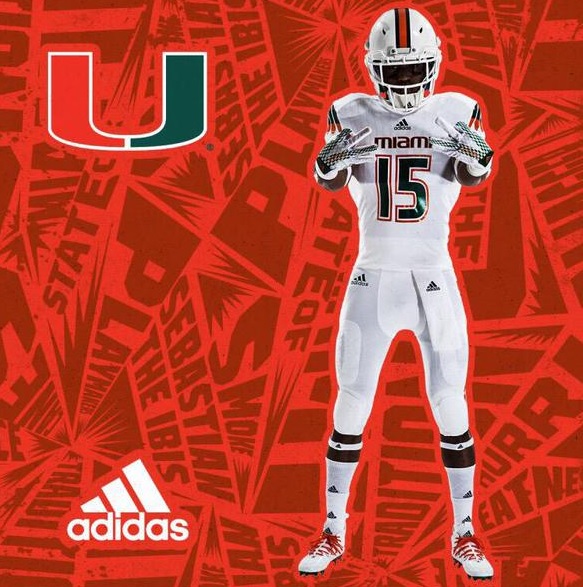 As for the release party, things seem to be going down at a spot where it’s not uncommon to see the likes of Jay Z, Kanye and Diddy to show up.

And one dude was looking pretty GQ:

The apparel contract that was signed earlier this year will start on September 1st. It pays Miami $90 million in cash through the 2026 season.