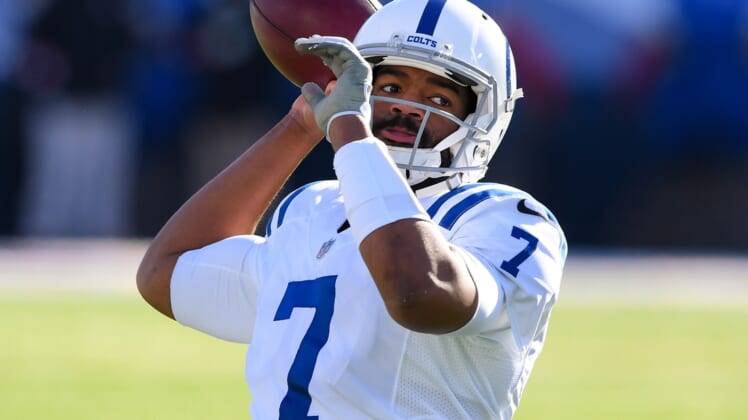 The Miami Dolphins agreed to a one-year, $5 million deal with former Indianapolis Colts quarterback Jacoby Brissett on Tuesday, according to multiple reports.

Brissett will be brought in as a backup to starter Tua Tagovailoa.

Brissett, 28, began his career in New England before being traded to Indianapolis in 2017, when he made 15 starts in place of an injured Andrew Luck, throwing for 3,098 yards and 13 touchdowns while leading the Colts to a 4-11 record.

The Dolphins pulled Tagovailoa for ineffectiveness several times during the 2020 season in favor of veteran backup Ryan Fitzpatrick, who agreed to a one-year, $10 million deal with the Washington Football Team on Monday.

Adding Brissett gives the Dolphins an experienced starter behind Tagovailoa, who made nine starts for Miami in 2020, throwing for 1,814 yards, 11 touchdowns and five interceptions.