Waddle was the second wide receiver drafted in the 2021 draft and reunites with former Alabama quarterback Tua Tagovailoa in Miami.

The contract includes a team option for a fifth season, as is customary for NFL first-rounders.

“In doing that, we saw really all the players at Alabama, and Waddle was somebody who definitely stood out as a receiver, as a returner, just a really good player,” Flores said.

When targeting Waddle in college, Tagovailoa averaged 16.6 yards per completion and had a 74.1 percent completion rate. 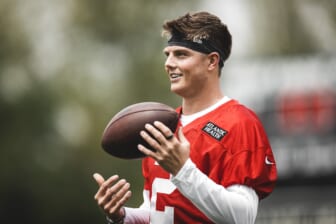